The Samsung Infuse 4G is among AT&T's first ever 4G smartphones.  Considered one of the slimmest phones in the line up, along with a 4.5 inch Super AMOLED Plus touchscreen, the Samsung Infuse 4G definitely seems like a force to be reckoned with.  Announced at the 2011 Consumer Electronics Show, the Infuse 4G seems to be a follow up to popular Samsung Captivate that's currently available on AT&T.

For a more thorough review, read on in my Samsung Infuse 4G Review.

Posted by Robert Faustus at 12:45 AM No comments:
Email ThisBlogThis!Share to TwitterShare to FacebookShare to Pinterest
Tags: 4G, ATT, samsung infuse 4g

It seems that there have been leaks around the next Samsung Galaxy S phone for T-Mobile USA.  The original Samsung Vibrant has sold over a million on T-Mobile's network, and it seems they're following up with a 4G version.

Posted by Robert Faustus at 10:59 AM No comments:
Email ThisBlogThis!Share to TwitterShare to FacebookShare to Pinterest
Tags: samsung galaxy s 2

Disappointingly, this new Galaxy Tab will still come with Android 2.2 (Froyo) and not Honeycomb.  The other specs are also the same including the 7 inch display, design and two cameras.

This version of the Samsung Tab will also come with a 4000 mAh battery and preinstalled Google applications.  In addition, it will have 16 GB of internal storage that can be expanded through the microSD (up to 32 GB).

Currently no pricing details or how it will be available has not been announced.

Posted by Robert Faustus at 10:41 AM No comments:
Email ThisBlogThis!Share to TwitterShare to FacebookShare to Pinterest
Tags: samsung galaxy tab 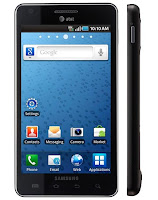 AT&T just announced a new Samsung Galaxy S smartphone, the 4G enabled Samsung Infuse.  Rumored to be sporting an amazingly large 4.5 inch Super AMOLED Plus display, 1.2 GHz Hummingbird processor, 8 megapixel rear camera and a 1.2 megapixel front facing camera.  Though the 4G name implies that the Samsung Infuse will be LTE enabled, it's actually not.  The Samsung Infuse will be utilizing AT&T's HPSA+ network, which has been deemed as a "4G" network thanks to T-Mobile.
Read more »
Posted by Robert Faustus at 10:12 AM No comments:
Email ThisBlogThis!Share to TwitterShare to FacebookShare to Pinterest
Tags: ATT, samsung galaxy s, Samsung infuse

Samsung Galaxy S2 to be Announced in February 2011! 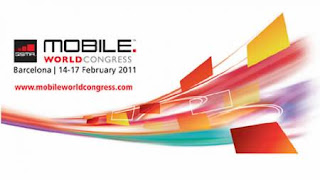 It looks like the successor the the highly popular Samsung Galaxy S is set to be announced at the Mobile World Congress in February 2011.  Though there have been no official news as to what specs the Samsung Galaxy S2 will have, it is rumored to feature a dual core processor, Android 2.3 (Gingerbread), a gyroscope and of course, a Super AMOLED screen.  Looks like fans will have to wait until February 2011 to see the official announcement regarding the Samsung Galaxy S2.
Posted by Robert Faustus at 9:40 PM No comments:
Email ThisBlogThis!Share to TwitterShare to FacebookShare to Pinterest
Tags: samsung galaxy s2
Newer Posts Older Posts Home
Subscribe to: Posts (Atom)